Artist: Dan Galsaar
Curator: Ayelet Hashsar Cohen
"In his previous exhibit Dying Farms (Ashdod Art Museum, 2008, Curator: Yona Fischer), Dan Galssar presented photographs of agricultural farms vanishing from the map of Israel. His current exhibition The Last Room, he chronicles his life amidst the changes occurring in Israeli society and presents the personal motivations for his ongoing photographic research.
Through the act of documentation, Galssar attempts to resist private forgetfulness as well as public forgetfulness, and to commemorate the tragic destruction of the old agricultural communities of Israel. 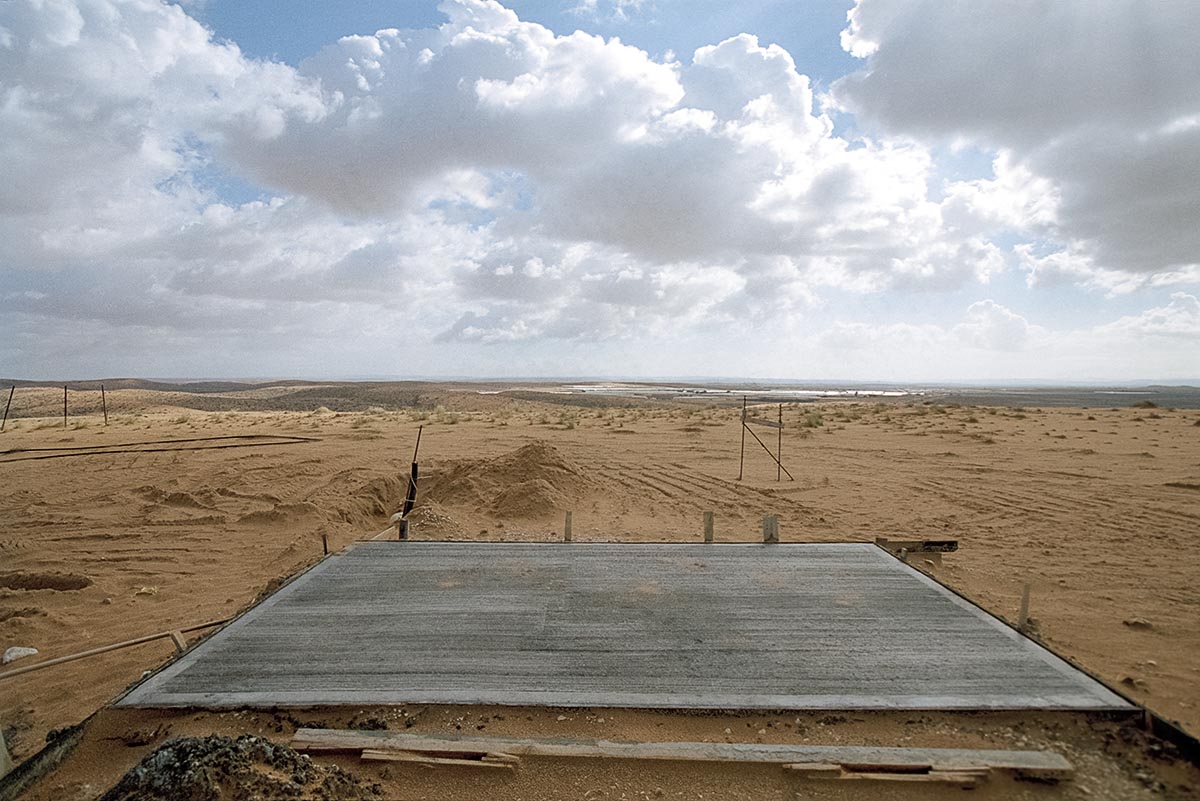 "Monolith"
His photographic viewpoint was born out of his identification with the farmers’ pain and was also influenced by his personal story of immigration from Argentina to Israel, his traumatic childhood in a single-parent family, his happy and short-lived period at Kibbutz Beit Oren, and his wanderings between many houses throughout the country.
His desire to live on the land led him to purchase a farm in Moshav Neve Mivtach in southern Israel, 40 kilometers from Gaza. Like many farmers, he was forced to burn his crops rather than sell them. Galssar’s field—where he had been growing flowers, vegetables and fruits for years— after the recent war has become a battleground strewn with shrapnel and at the same time a location for surreal photography. For Galssar, photography functioned as a way to document local events, and in recent years it has also served as a tool for creating personal works that testify no less to the local reality. 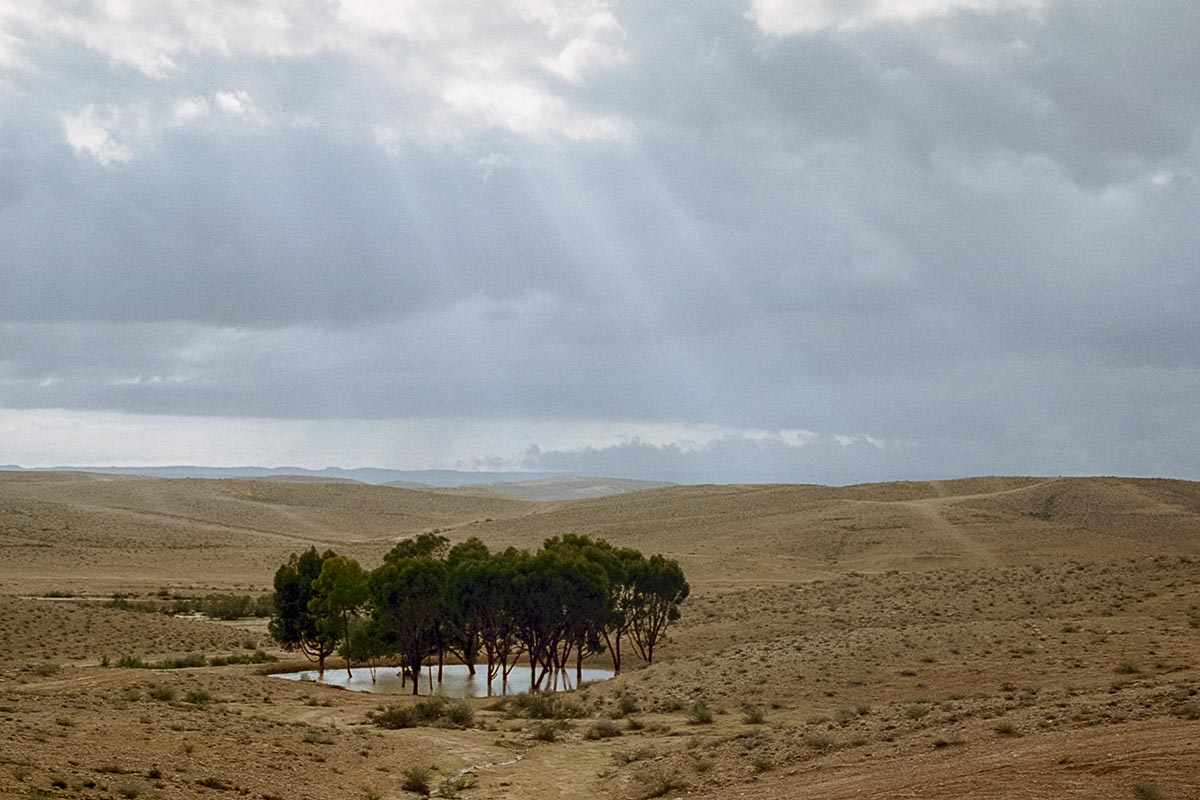 "Trees"
During the “Protective Edge” war Galssar erected an object on his farm land out of protest, built from windows and pipes which he likened to an atomic bomb shelter. Like many farmers, Galssar has no secure space (“mamad”) and no shelter. On the burned land, he also placed cracked gourds and stone circles as if to invite gathering.
Galssar observes the place where he lives, looking to his biographical past and showing the connections between direct and staged photography. The exhibition presents groups of photographic and video works that show the signs of a new settlement in the desert next to images of emptiness and destruction. The exhibition also includes 60 portraits of veteran farmers, photographs of houses in the kibbutz and the settlement, as well as nature photography.

"The White House, Neve Mivtach"
The biographical chapter of Galssar’s exhibition culminates with a portrait of Galssar’s elderly mother in the barred porch of her apartment and the documentation of his father's last room in Kibbutz Beit Oren, burnt and destroyed, leaving us with the question of home hanging in the air."
Ayelet Hashachar Cohen, Curator, 2016
Dan Galssar was born in Argentina in 1941, immigrated to Israel at age 8, grew up in Beit Oren and, in 1973, settled in Moshav Neve Mivtach. He is married, the father of three and grandfather of eight, all of whom live in the Moshav. He worked as a photographer for the Israeli Ministry of Defense and as a farmer. He is a graduate of the Phototherapy and the Photography Department at the Musrara Art School, 2006.